Hit enter to search or ESC to close
Recent Wins 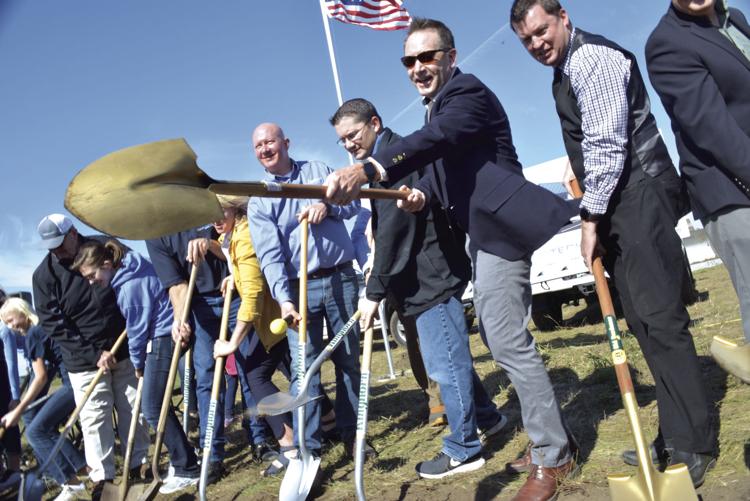 A well-anticipated manufacturer is adding jobs and helping grow the city of Ramsey.

During her opening speech, co-owner Wendy Stromberg thanked all the employees of Delta ModTech, the build team, the family owners, God and the city officials for making the new location happen.

Ramsey Mayor John LeTourneau followed her, speaking about how the new business would help Ramsey not only in measurable impacts but intangible ways as well.

“To some extent you can think of this project as being about 229,000 square feet or $20 million worth of investment or 135 new jobs coming into the city of Ramsey,” LeTourneau said. “Those are all important aspects, but those are just numbers. What this really is, this is about an extension and growth for our community. It’s about how we will tell our story in the next number of years and now we know that Delta ModTech is going to be part of that story and we couldn’t be happier and more excited about that.”

The lot is 43 acres total, though the current project sits on 16 acres so the company will have space to expand in the future, Chief Operations Officers Evan Schiebout said.

Ramsey used a tax increment financing district to help attract Delta to the city. A TIF district generates funds based on increased tax value of a developed area. The difference between the original tax value of a parcel and the increased value is generally used to support projects within the district.

The district is expected to provide $972,000 over nine years for Delta. After the TIF district ends nine years from now, the city is estimating Delta will add $90,000 annually to taxes collected by the city, according to city documents.

Founder Dave Schiebout was working on retrofitting equipment in 1978 and took those changes he was making on older electronics as inspiration for his new company.

“He looked at the Greek letter Delta and decided that’s what he would name it because, as most of you engineers know, Delta stands for ‘to change,’” Evan Schiebout said.

After Dave hired his first mechanical engineer the company developed the predesigned modules that eventually added ModTech to the name.

Change, service and risk were prevalent themes in speeches by Delta staff. Dave, the president and CEO, spoke on how important taking risks was too him as well as the leadership style he decided to use in Delta that he learned from Bible study. He called it servant leadership, a style that his employees took to in such a way it impressed him.

“I thought about saying I’m really proud of you all, but I’m not — I’m humbled,” Dave said.

After the speeches, all of Delta’s employees gathered in the field formed a circle and broke ground together.

“We could not be here, we could not be where we are today without the dedication and innovation of all of you,” Evan Schiebout said. “We have faced many challenges over the years and grown from our experiences. We are excited for this next chapter, and we are thankful to have our employees, the city, our friends and families here to celebrate with us here today.”

Anoka County Regional Economic Development is committed to bringing economic opportunities to the Anoka County region. If you have any questions regarding our sites and buildings, incentives, or region, please contact us.