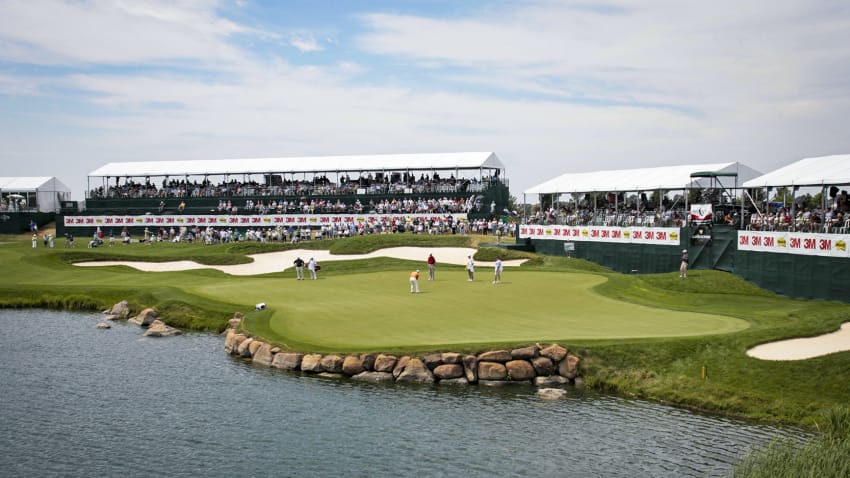 By AdminFebruary 7, 2019No Comments

ST. PAUL, Minn. – 3M and the PGA TOUR today announced an agreement to bring an official PGA TOUR event to the Twin Cities beginning in 2019. Hosted by the nonprofit 3M Open Fund, the seven-year deal will bring the world’s top golfers to TPC Twin Cities in Blaine for a new FedExCup Season event, the 3M Open, beginning next summer.

The 2019 dates for the 3M Open will be made official in the coming weeks as part of the PGA TOUR’s 2018-19 schedule announcement.

The 3M Open will build off the success and momentum of the 3M Championship, the current PGA TOUR Champions event at TPC Twin Cities. The 3M Championship, which dates back to 1993, will be contested for the last time on August 3-5, 2018, with Paul Goydos defending his 2017 title.

In 2019, the playing of the 3M Open will mark the first official PGA TOUR event in Minnesota since the 2009 PGA Championship, won in thrilling fashion by Y.E. Yang over Tiger Woods at Hazeltine National Golf Club in Chaska.

“3M is honored to welcome the top players on the PGA TOUR to the Twin Cities, and we look forward to the many opportunities this tournament will bring to support our community,” said Paul Keel, 3M senior vice president of Business Development and Marketing-Sales. “We’ve formed a great relationship with PGA TOUR Champions over the last 25 years and are excited to build on that partnership with the 3M Open.”

“We are delighted to partner with 3M for this new PGA TOUR event in the Twin Cities, a community that has shown tremendous support for professional golf over the years with PGA TOUR Champions, the PGA Championship, Ryder Cup and Solheim Cup, and has deservedly played host to the biggest events in sports – Super Bowls, Final Fours, among them,” said PGA TOUR Commissioner Jay Monahan. “The 3M Open will also continue 3M’s commitment to charity and positively impacting lives.”

3M’s long-time PGA TOUR Champions partner Pro Links Sports will manage the 3M Open. Together, over the past 25 years, the 3M Championship has raised more than $26 million for Minnesotans and their families to lead healthier, fuller lives. Dollars raised from the event have built new operating rooms, funded cancer and heart research and improved emergency rooms in the Twin Cities. As the tournament transitions to the 3M Open, the 3M Open Fund will donate all the proceeds from the tournament to local organizations.

“I would like to thank 3M for their tremendous support of PGA TOUR Champions golf, and with their continued commitment we now have the opportunity to bring PGA TOUR golf to the fans of Minnesota every year,” said Pro Links Sports Executive Director Hollis Cavner. “We’ve been able to donate millions of dollars to charity and we expect to do even more with the 3M Open. This is a true win for Minnesota.”