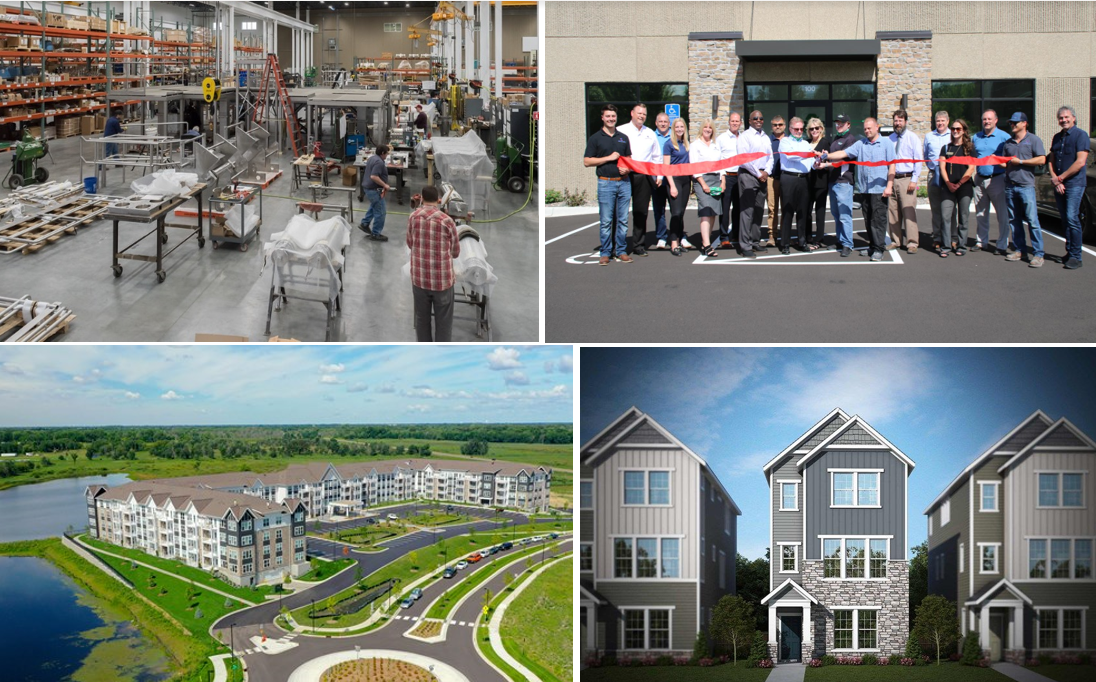 Anoka County Sees Investment Throughout 2020 into 2021

Despite the pandemic, Anoka County communities have seen strong investment since the end of 2019 throughout 2020.

Existing employers were able to expand and remain in the county. These expansions include:

In addition to industrial and commercial growth, Anoka County has seen an increase in construction of multifamily, senior housing and single-family developments. Columbia Heights partnered with Alatus to redevelop an old office complex into a six-story mixed-use building with a new City Hall office building and apartments above. Fridley has continued its buildout of apartments near the Northstar transit line, townhomes next to the new Civic Campus, redevelopment of its former City Hall site into a senior housing project, and redevelopment of the former Holly Shopping Center.  Anoka and Ramsey have both seen the construction of four senior housing projects between the two communities. In addition, Anoka is working on townhome development near the Northstar transit station. Down the road, Coon Rapids has a 168-unit multifamily project near the corridor of U.S. Highways 610 and 10. Blaine and Lexington have seen numerous multifamily projects constructed, with just under 1,000 units built in the last two years.

In the communities of Blaine, Lino Lakes, Columbus, East Bethel, Ham Lake, Andover, Ramsey and Nowthen, the issuance of single-family housing permits is at an all-time high due to increased demand. As the metro region experiences layoffs and business closures, new investment becomes even more critical to ensure the regional economy can stay strong.